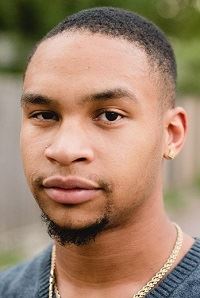 This is the story of a student who beat the odds. Despite facing a number of challenges, this student stayed in school, graduated, and was accepted to a reputable university in the U.S.

Chauncey Ragland joined MAIA in 2003 as a 1st grader. He is the eldest of four children in a home where his father was not around and his mother suffered a vision disability and was not able to work full-time. Despite these challenges and the impact they had on his life growing up, Chauncey stayed focused and hard-working. He graduated from MAIA in 2015 and is currently attending university.

Chauncey’s academic performance at MAIA fluctuated from average to above average throughout his time at school. His teachers saw that he had greater potential from a young age and consistently encouraged him to work harder, be more disciplined, and have more confidence.

In Grade 7, Chauncey joined the SABIS Student Life Organization® (SLO®) and was a prefect for the
Outreach Department. He helped organize fundraisers and donation drives that benefitted the school and the surrounding neighborhood of Mt. Auburn. Chauncey was also involved in improving school morale. In 9th grade, he became the Deputy Head of the Outreach Department, and in the 10th grade he was the Deputy Head of the Sports and Health Department. He was in charge of organizing the school’s pep-rallies, hosting in-house tournaments, and also assisted the school's Sports Department in starting a lower school sports program for the younger kids. In grades 11 and 12, Chauncey became Head of the Discipline Department and was responsible for ensuring that the SLO® period went smoothly. He also organized anti-bullying campaigns.

“SLO® had a major influence on my personality. SLO® helped me become less introverted and made me the selfless, outspoken character I am today. Being a part of it helped build my confidence. Because of SLO®, I know that I can do whatever I want to in life,” Chauncey says.

Today, Chauncey is a sophomore at the University of Cincinnati and is pursuing a degree in business
management. In parallel, he is holding down a full-time job to help support himself and his family. The school is still in contact with Chauncey and continues to encourage him to achieve his full potential.