Noor Naseer, a Grade 8 student at The International School of Minnesota (ISM) in the U.S., recently won first place in the Patriot’s Pen essay contest on a state level. Patriot’s Pen, a youth essay competition sponsored by Veterans of Foreign Wars (VFW), gives students an opportunity to write essays expressing their views on an annual patriotic theme. This year’s theme was “America’s Gift to My Generation.”

In her essay entry, Noor discusses Women’s Rights in America stating “America has given the women in my generation a voice and the ability to be seen as equal to our male counterparts. We have been given the opportunity to be educated and have jobs, which is a privilege that many other women across the world are still fighting for.” For her, America’s gift to her generation is the fact that women have come a long way in acquiring their rights.

The ISM and entire SABIS® community is very proud of Noor. As the first ISM student to win this contest on a state level, Noor gives credit to her school and teachers who have supported her and helped fulfill her potential. “I love ISM.  It’s a great school.  The academics are strong but the ISM family is even stronger,” she says. Noor is hoping her essay will win the national competition.  If it does, she will be invited to Washington D.C. and receive a $5,000 scholarship.

We wish Noor all the best in the upcoming competition! 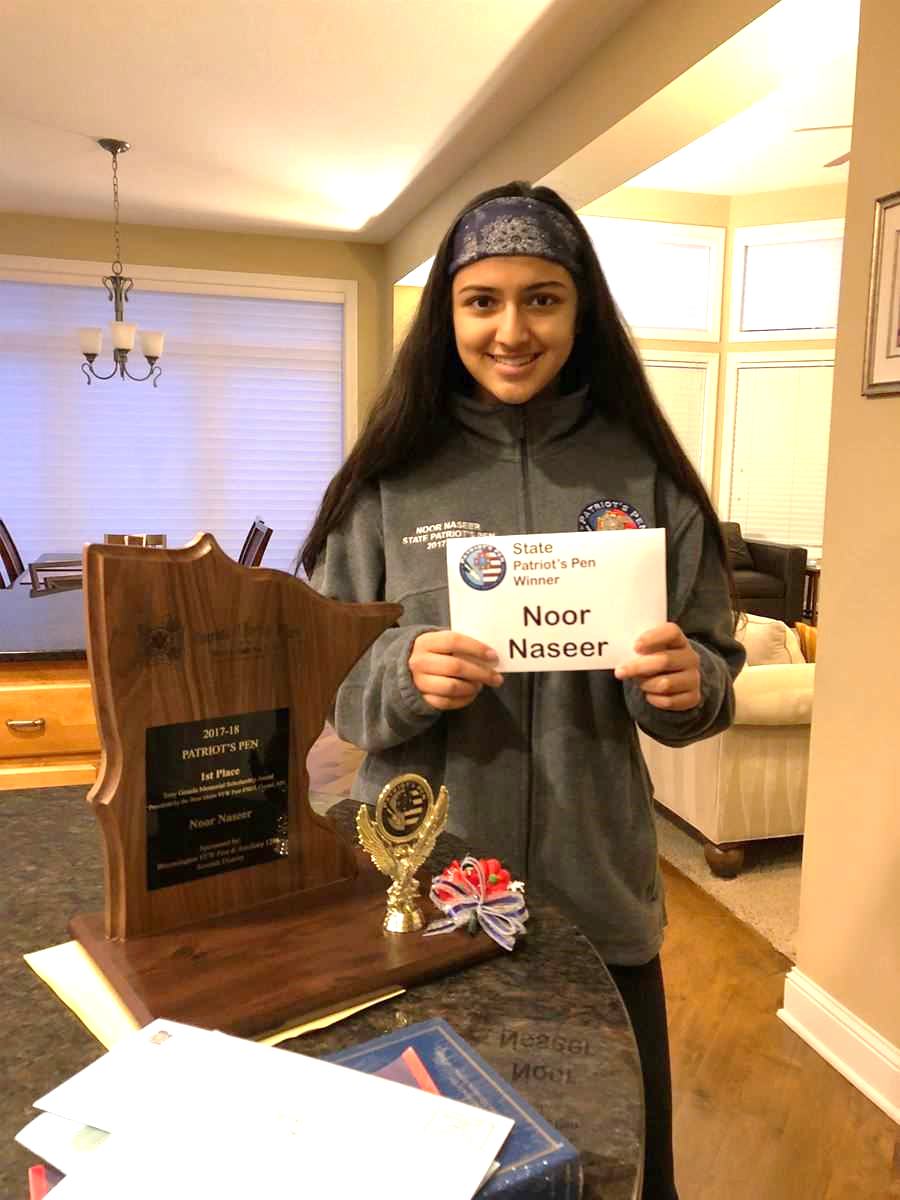